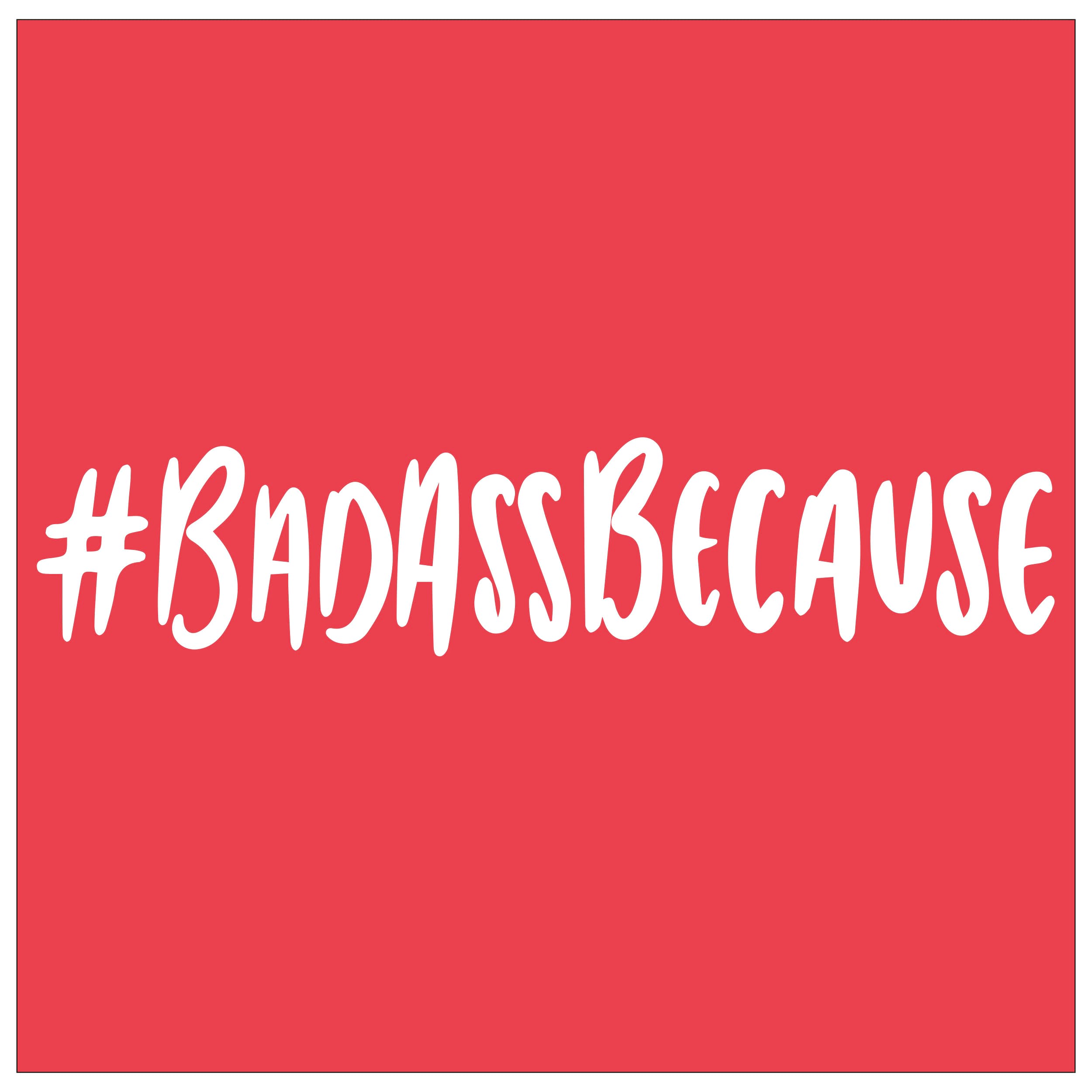 Dark Horses creative team Danny Pallett and Charlotte Hugh’s admirable side hustle working with the Young Creative Council (YCC) takes them all over the country sharing advice with students who are trying to get their foot in the creative door.

The Badass.Gal initiative, which celebrates female creatives that are going above and beyond, was launched after realising the noticeable difference between the number of young women studying creative subjects verses those working in full time employment within the creative industry.

Here Danny and Charlotte tell us about how it all started, where it might go, and how you can help.

Tell us about Badass.Gal and how it came about

Through our work with The Young Creative Council (YCC), Charlotte and I spend a lot of time visiting universities across the country, sharing advice to creative students on how to get a foot in ad-lands’ doors. From doing this, we realised the majority of students we were speaking to were female, yet the industry we were working in day to day was lacking female talent.

A stat from Creative Equals states that 60% of classrooms are female but when entering into the industry it drops by over half.

So, on International Women’s Day, we set ourselves the rather ambitious challenge to shine a light on a different, young, female creative every single day for an entire year. To introduce ad-land to the incredibly talented women we were meeting across the country, and inspire the industry to not just celebrate women for one day a year, but 365 of them.

How do you think the initiative is helping creative women?

In this industry, only 12% of creative directors are women (in London), and more women are dropping out before they’ve even signed their first contract. We created Badass.Gal to celebrate the female creatives that were already going above and beyond despite their lack of ‘years experience’ and give them a platform to be recognised for the incredible work they were already doing.

The site has now become a place to source talent, inspiration and find opportunities for collaboration. We’ve had a number of agencies and recruitment companies get in touch to say they use our platform to hire. Friends and ex-colleagues use the platform to find freelance positions, and we’ve even had Badass Gals collaborating on projects together.   But what we have ultimately learnt from the community over the past year, is that for many young women, having a platform or a community that thinks you’re “Badass” even when you didn’t think it yourself is really valuable. It’s so important for everyone to have a cheerleader, and Badass.gal aims to support and elevate creative young women to help boost their confidence.

We feel that we’ve only just got started and we’re really looking forward to year two of Badass.Gal.

We decided going forward we won’t be posting everyday but rather once a week or once every two weeks, so we still encourage people to keep nominating amazing women that they know who are out there owning it in the creative industries.

But our main focus will be on producing value for the community. To do this we want to focus in on up-skilling our community through collaborating with brands to host talks, events and workshops.

We’ve been very lucky to have such amazing support from Adobe and back in February we hosted our first workshop with them, and we’re pleased to say that this is the first of many.

How can the advertising industry do better with bridging the gap between educational courses and vocational experience?

We all have to remember that we once were knocking on those ad-land doors ourselves. Whether we went to uni or not, we’ve all felt the struggles of trying to get hired. So, the easiest and most valuable thing to do is to go and visit schools, colleges and universities and talk to the students. Inspire them, look at their work, invite them in to your office for a day to shadow you, just give up an hour a month to mentoring a young creative.  It’s so valuable for young creatives to hear from industry experts, not just their tutors. So we’d urge everyone to get in contact with their old uni, or a local uni to their office and get in front of the students. It’s as inspiring for you, as it will be for them – we promise you.

How do you fit your work with the YCC into your daily full time careers?

We’re very lucky to have the support from our agency, Dark Horses. They understand the importance of what Badass.Gal and the YCC does and help and support us to be able to do this.

We also massively believe if you really care about something, you’ll find the time to do it.

What made you work in advertising?

Well that’s two different stories… Charlotte’s story started when she watch an episode of F.R.I.E.N.D.S. The one where Chandler decides to switch jobs and become a copywriter. “Cheese….it’s milk that you chew” and “grapes, because who can fit a watermelon in their mouths” were Charlotte’s first insight into copywriting, and that was it. Charlotte then found an advertising course, and joined the following September.

And for myself, at college I loved photography and design, especially print and movie poster design. It was then suggested I should study advertising, so I did and learnt fast that advertising isn’t just creating posters!

If you weren’t working in Advertising, what else would you be doing?

Good question, I guess there are a few answers to this… If we didn’t work in advertising but still worked together we’d probably have to start our own company of some sort as we’ve both got a very entrepreneurial spirit.

Charlotte: I would be a teacher. I absolutely love the work we do for the YCC. Speaking and inspiring students is super rewarding, so I think I’d love to do that every day.

Danny: For me, I would probably be figuring out how way to travel around the world and make it pay. I love cultures and just experiencing new worlds.

What’s the best piece of advice you’ve ever been given?

Charlotte: “In order to be brave, first you have to be scared”
Danny: “For love, not money”

Within the industry there are many people we look up to for so many reasons but picking out two of them we’d say Dave Buonaguidi for his entrepreneurial mind and his ‘get shit done’ attitude. And Pip Jamieson; She’s a badass solo female founder, who is absolutely killing it and probably one of the most inspiring people we’ve ever had the pleasure of meeting.

Then personally we’d probably say the same thing; our parents. Because without them we wouldn’t be where we are now.